In their penultimate warm up game of the season a hastily arranged match at Nuneaton Borough of the PitchingIn Southern League Premier Central Division was played on Tuesday night with Marine on the wrong side of a five goal thriller.

Marine were without Conor McDonagh (personal reasons), Michael Hopkins, (injured) Joe Shepherd (injured) and Pierce Mitchel (sick) for the match at Liberty Way but brought back Zack Kotwica and Lee Marshall into the starting line up as gaffer Lee Spalding shuffled his pack. 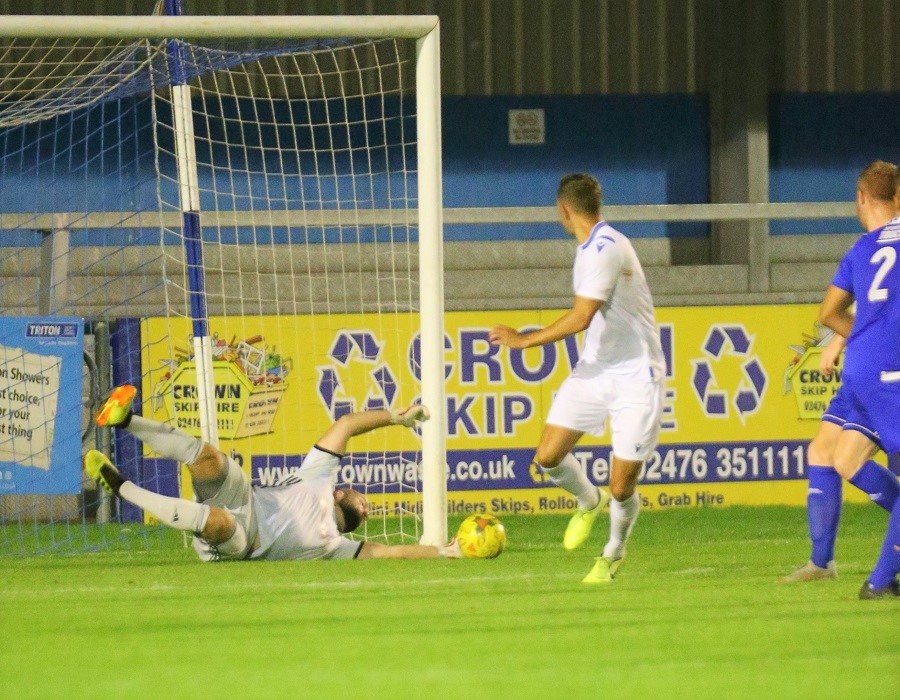 Marine in a change strip of white got a delayed game underway at 8pm and it was the Boro’ who came out of the traps first with an early effort by Ravi Shamsi shaving the post. Defences were on top for the first 15 however but the hosts had the next chances with Ryan Edmunds blasting wide and Martin Horsell having to make a regulation save from Shamsi once more. 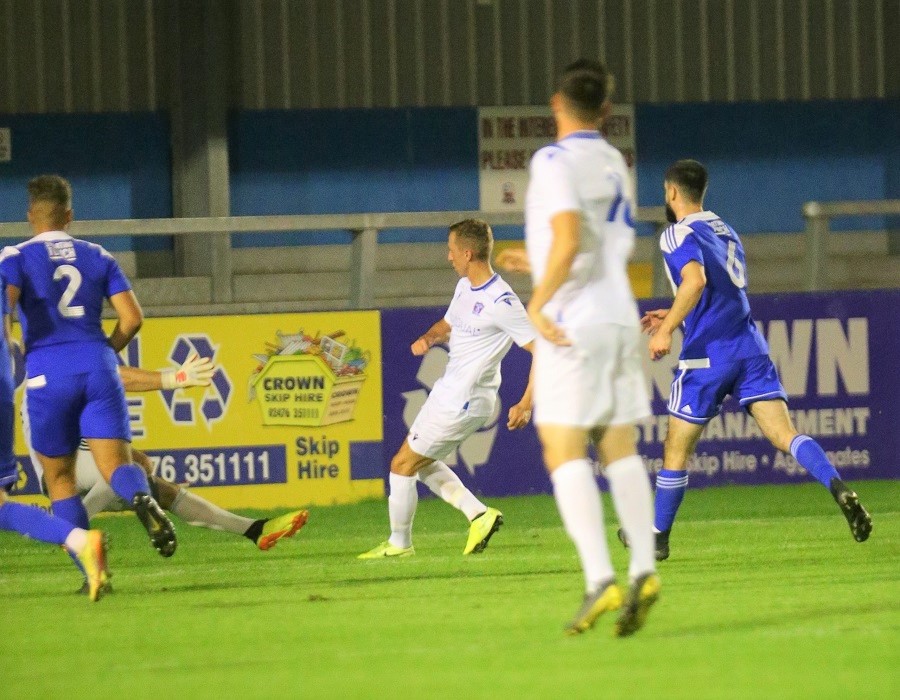 But it was Marine who broke the deadlock. Zack Kotwicka found Brad Hoooper who had broke past the Boro’s defence out wide and his teasing cross and with a defender stalling on the ball Zack Kotwicka got a shot away that was parried by the home keeper Tony Breeden but LEE MARSHALL followed up to tap home from a yard out. 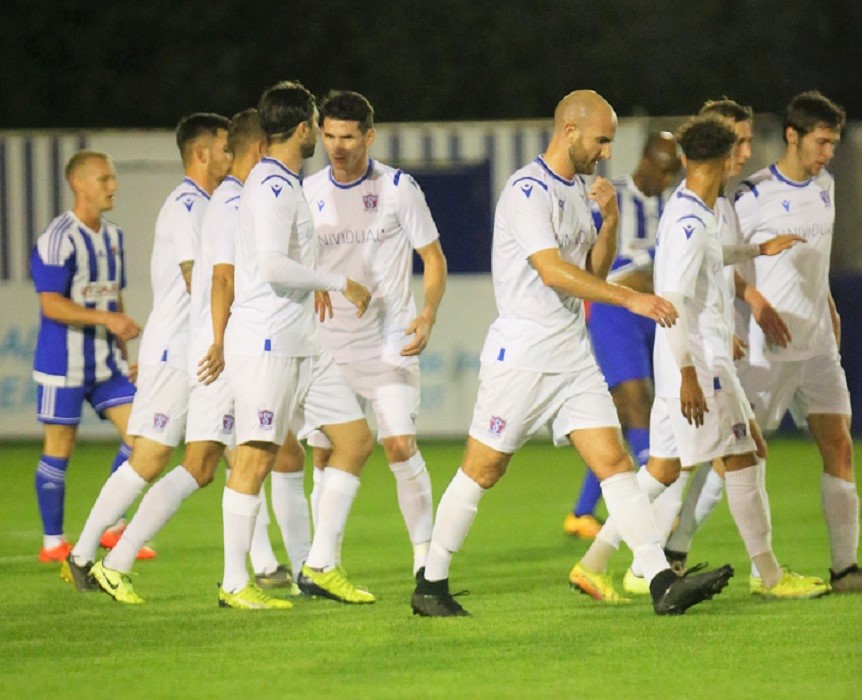 The goal gave the team more confidence and Breeden was forced into action again giving away a corner which came to nothing. Just when it seemed they were dominant the hosts broke back when WILLIAM EDJENGUELE, headed home from a delightful cross ball from Marcus Kelly, after Jake Lee lost the flight of the ball and keeper Martin Horsell was caught flat footed as he started to come out for the cross.. 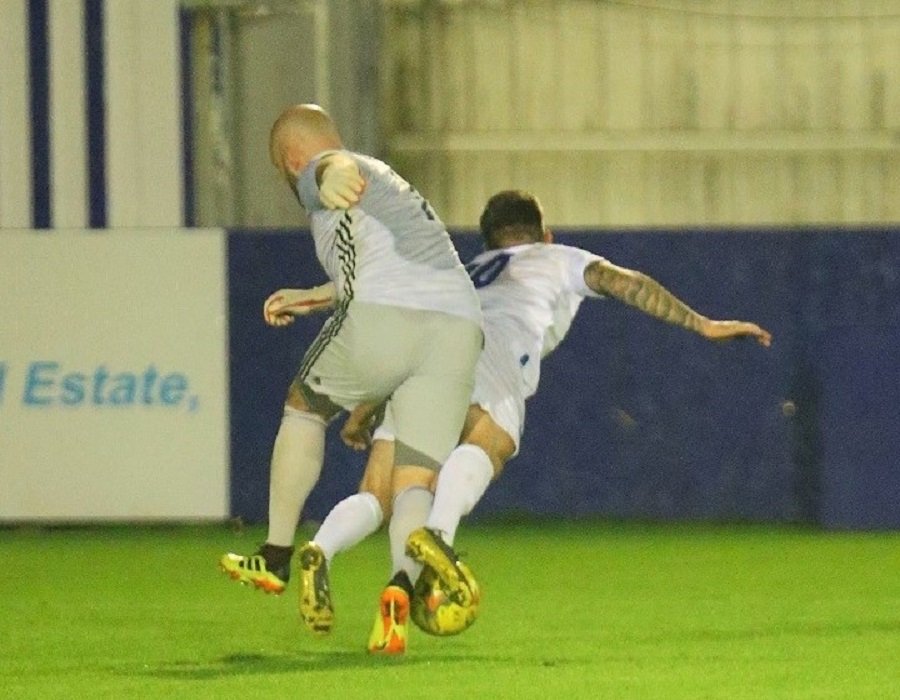 With half time closing in Jamie Edge and Harry Williams combined with the latter feeding Zack Kotwica who broke through the defence and as he rounded keeper Breeden he bundled him over for a penalty. KOTWICA stepped up and calmly converted to give Marine the lead for the second time in the game.

Borough came out for the second half with strong intent and put on the early pressure. Edmunds went just wide again on 53 minutes before a double change was made for Marine with Rhys Wells and Tommy Ouldridge replacing the central midfield duo of Marshall and Brad Hooper, both had good games. 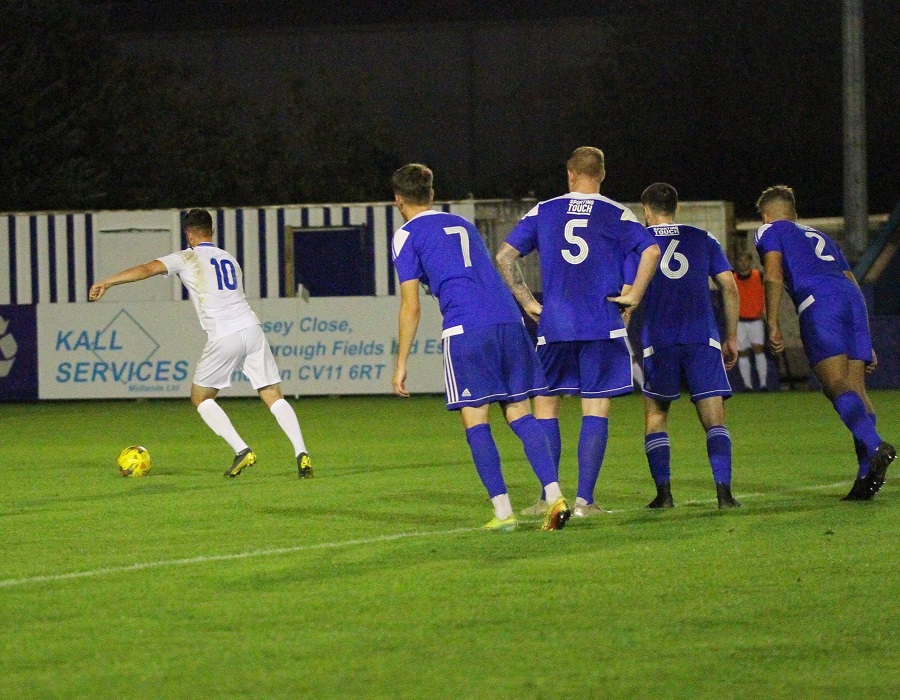 Seconds later the ball was in the net from Williams. However, the linesman had raised the flag for a marginal decision to rule out the goal for offside. Two minutes later Ryan Campbell broke into the box and was pushed over for a second penalty on the night to Marine.

Harry Williams stepped up this time but fired way over the crossbar. As lively as he had been it really wasn’t his night. This boosted the hosts and literally 60 seconds later EDJENGUELE had a second goal – finishing from an acute angle with the sweetest off dinks to come off the far post and in after the ball dropped at his feet from another corner. Hit by a sucker punch!

Henry Spalding, still finding his feet after injury, came on for the last 20 replacing the hard working but luckless Williams. It was nearly a hattrick for centre back Edjenguele, who this time missed the opportunity from yet another corner. 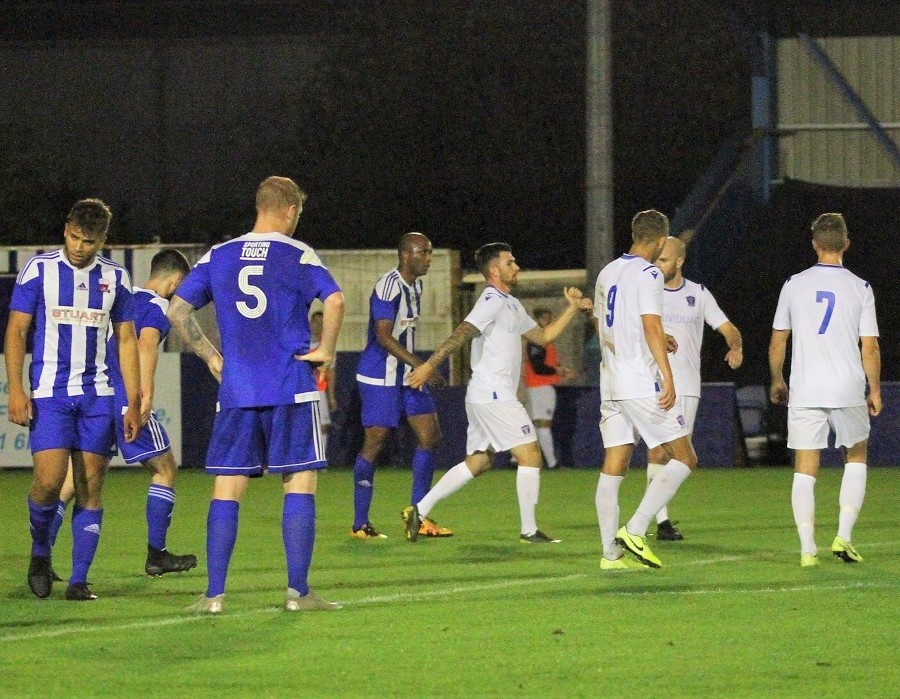 Henry Spalding then came close with five minutes left, just curling his effort wide. But with three minutes to go RAVIN SHAMSI broke clear and fired the ball under the body of Horsell to give Nuneaton the lead for the first time in the game to win this friendly game.

Overall an excellent runout fitness wise for both sides. A draw would have been a fairer score, but the Spitfires won’t care about the result at this stage. It is all about being ready for the opening fixture and this would have gone a long way towards that process.

Subs not used: None
Goals: