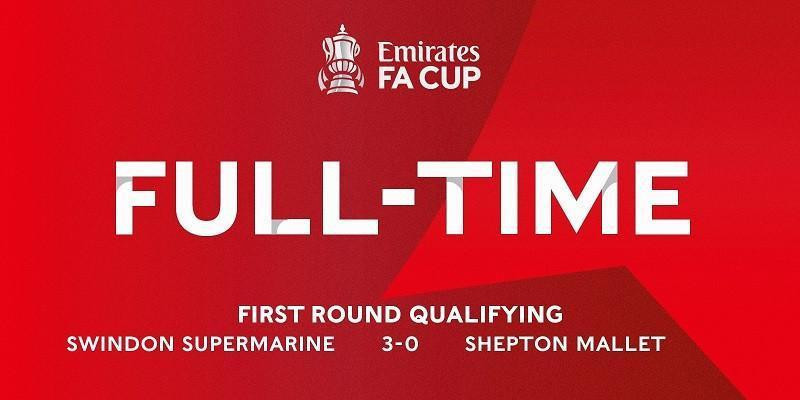 SUPERMARINE WIN IN THE FA CUP

Marine got their Emirates FA Cup campaign underway on Tuesday night with the visit of Western League Premier opposition in Shepton Mallet. The Somerset side who ply their trade two steps lower were a potential banana skin for the hosts.

With the side unchanged from Saturday’s victory over Farnborough looked to keep the momentum going and were quickly in command stroking the ball around the pitch with ease. However, Mallet showed they would be no pushover and were defending strongly. Ryan Campbell had an early effort deflected wide, but chances were difficult to create. 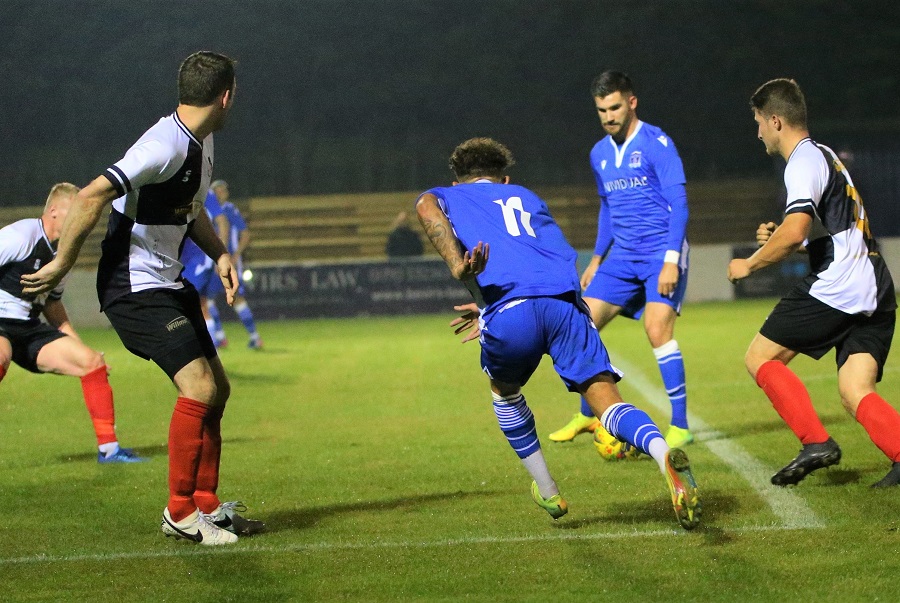 In spite of this the first shot at goal produced a breakthrough. The triumvirate up front of Harry Williams, Conor McDonagh and Zack Kotwica combined allowing space for KOTWICA to drive a shot which deflected home off the unfortunate Kieran Bailey for an opener on 14 minutes.

Marine continued to dominate possession but it wasn’t until the half hour before more danger was created – a corner saw Pierce Mitchell have a shot blocked and Williams follow up was juggled by the visiting keeper Jonny Hill but was eventually saved. 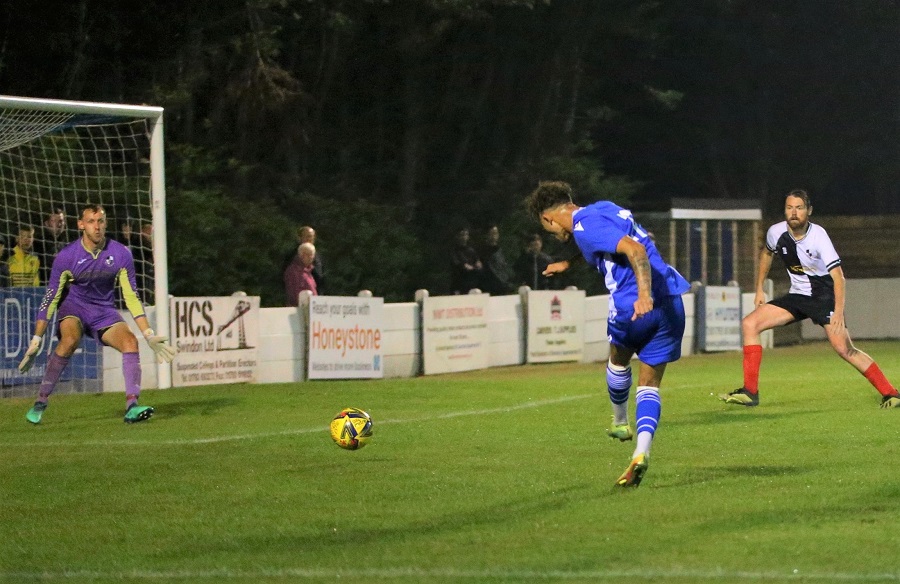 McDonagh had a free kick fired over the top with Williams being put in by Brad Hooper on 35 but he also blasted over. The fragility of the single goal lead was evident just before half time when a curling cross shot almost led to a leveller but keeper Martin Horsell was alert to tip away. At half time Marine deservedly ahead but frustrated by their visitors who were defending for their lives.

Supermarine started the second half strongly picking up where they left off with all the possession. Williams close in effort was well saved by Hill and McDonagh blasted over once more when well placed. On the hour Kotwica had another effort blocked as Mallet literally put their bodies on the line to keep the ball out. 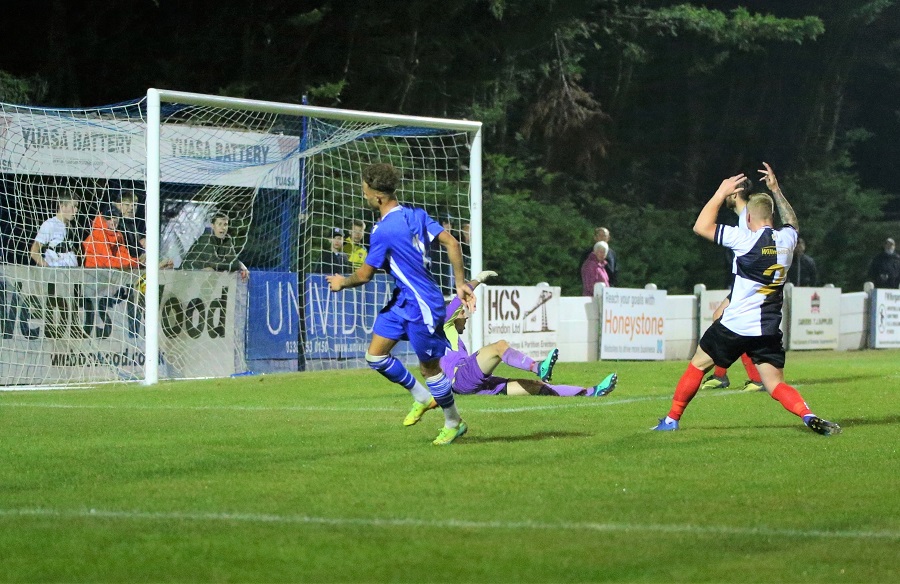 A double change on 64 minutes with Henry Spalding and Michael Hopkins coming on for Williams and Louis Spalding had an instant effect. Within a minute RYAN CAMPBELL made some space on the left, played and quick 1-2 with Kotwica and was in on goal to bury the shot past the Shepton keeper to make it 2-0 and earn Marine the breathing space they needed.

As the game meandered towards its conclusion Joe Shepherd replaced Hooper with 10 minutes left. It nearly had an immediate effect with a goal as Shepherd flicked a cross with his heel and with his back to goal the difficult chance went just over the bar from close range. 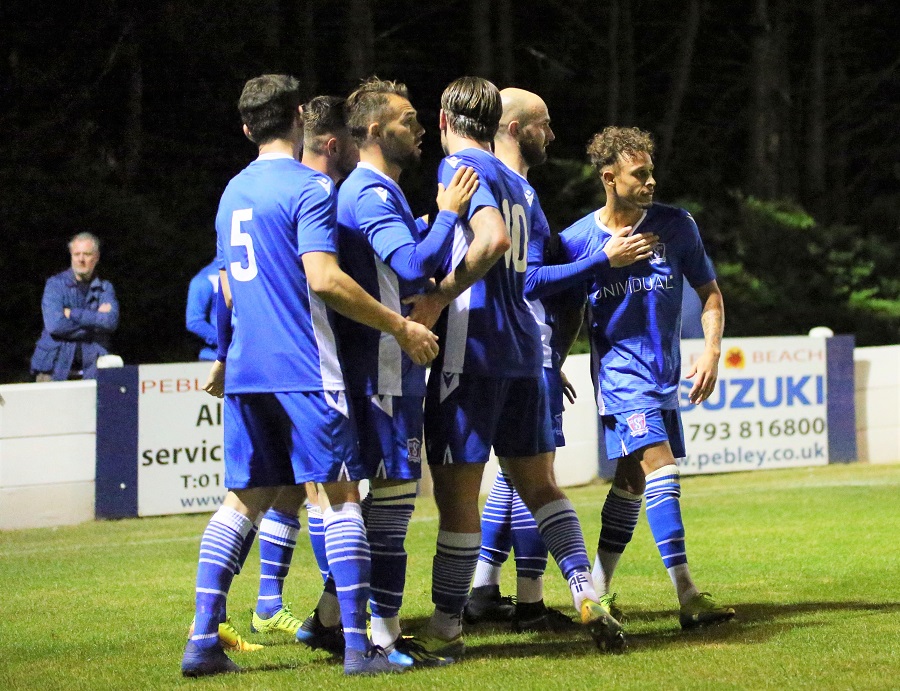 Just as it looked like that was it for the night Jamie Edge was tripped on the edge of the box. Before Mallet could get their wall together MICHAEL HOPKINS took the quick free kick and rolled the ball it into the bottom corner to seal the deal as the keeper was on the post and lining up his wall. A clever and ingenious move from the experienced full back.

Job done, there will be sterner tests ahead, but a professional performance carried out to progress to the FA Cup Second Qualifying Round with the draw coming up on Friday at 1pm. Marine star man was Ryan Campbell, with another fine skilful and hardworking display from the wide man for the second game in a row and a crucial second goal.