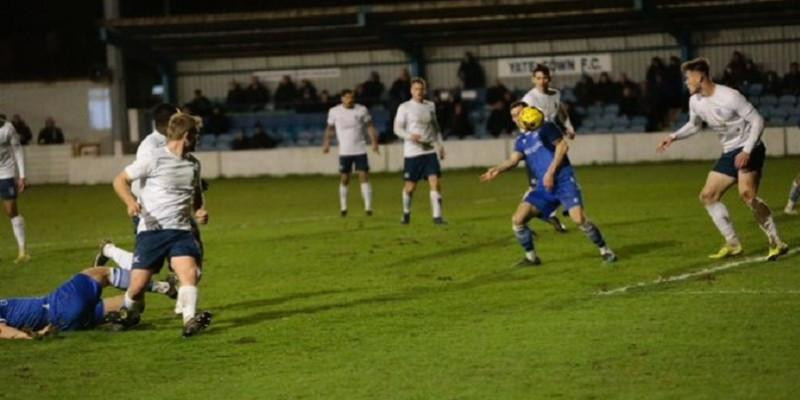 MARINE LOSE TO A BOYANT YATE SIDE

Lee Spalding’s men made the relatively short trip west to tackle lowly Yate, who only sit fractionally above the Premier Division’s play-off frame. But that meant little when push came to shove as Samuel Bell and Aysa Corrick netted either side of half-time to inflict a fourth Southern League loss on Marine in less than four weeks.

Tuesday night’s game started well for Marine as Henry Spalding had a fine attempt blocked before the follow up effort that fell to Joe Shepherd was nodded over.

Early pressure counted for nothing, though, as Yate struck their first with 20 minutes on the clock when Sam Bell got the better of the Supermarine defence to slot the ball past keeper Martin Horsell.

The other side of half time, Marine had a goal chalked off by Conor McDonagh following a discussion between the referee and linesman after what they declared was handball in the build up to the goal from Harry Williams.

Understandably frustrated, Marine conceded a second shortly after when Aysa Corrick chested home at the far post after the Supermarine defence gave the ball away on the edge of the penalty area.