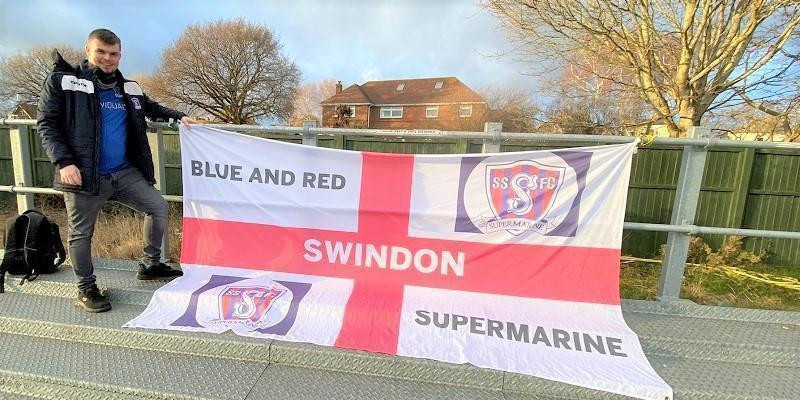 MARINE PUT ON THE SPOT BY POOLE

Marine were on the road again on Saturday afternoon to take on the Dolphins of Poole Town at the Black and Gold Stadium. Manager Lee Spalding opted for one change to the team that were edged out in midweek at Hendon with Brad Hooper coming in to shore up the midfield with Ryan Campbell dropping to the bench. Still ruled out were Pierce Mitchell, Frankie Artus, Martin Horsell and George Dowling, who completed his suspension with this game. 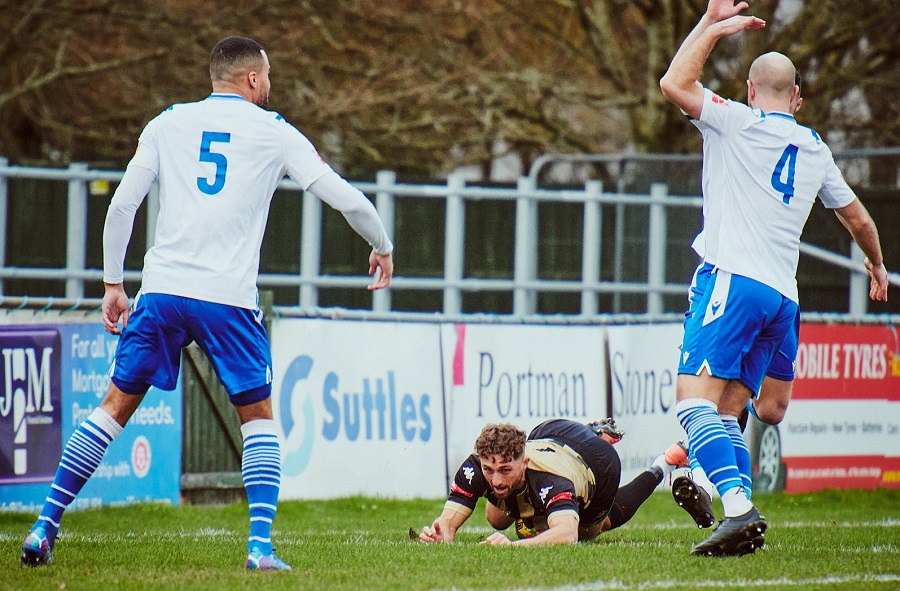 Marine in a slight change with white shirts, blue shorts and blue socks, got the game underway but the first action took just three minutes when Poole’s Jack Dickson drove into the box and went down after a ‘touch of the shoulder’ looking for a spot kick, which he duly given by the match official. A little harsh particularly that early in the game but up stepped emergency centre forward WILL SPETCH who gave Jed Ward no chance from the kick blasting into the right hand of the goal with Ward going the other way. 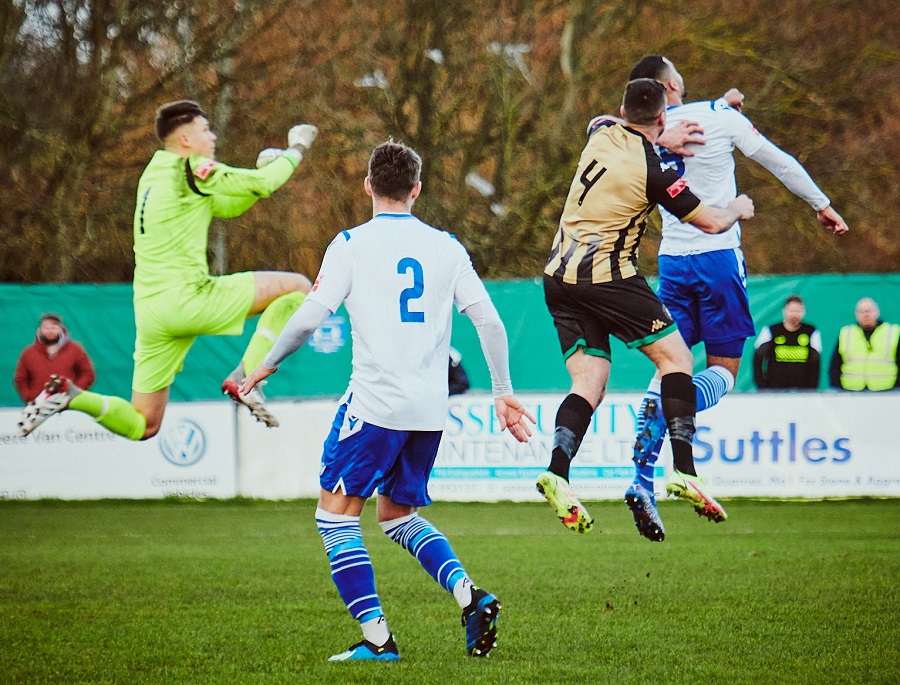 Marine made a good response to going behind. Tom Mehew having a couple of good runs into the box but on both occasions couldn’t get his shot right to test the home keeper Will Butler as one sailed over the bar and one easily saved. In the 13th minute Marine keeper Ward made a good save low down from Jack Dickson before Will Spetch went down theatrically in the box but no penalty awarded this time. 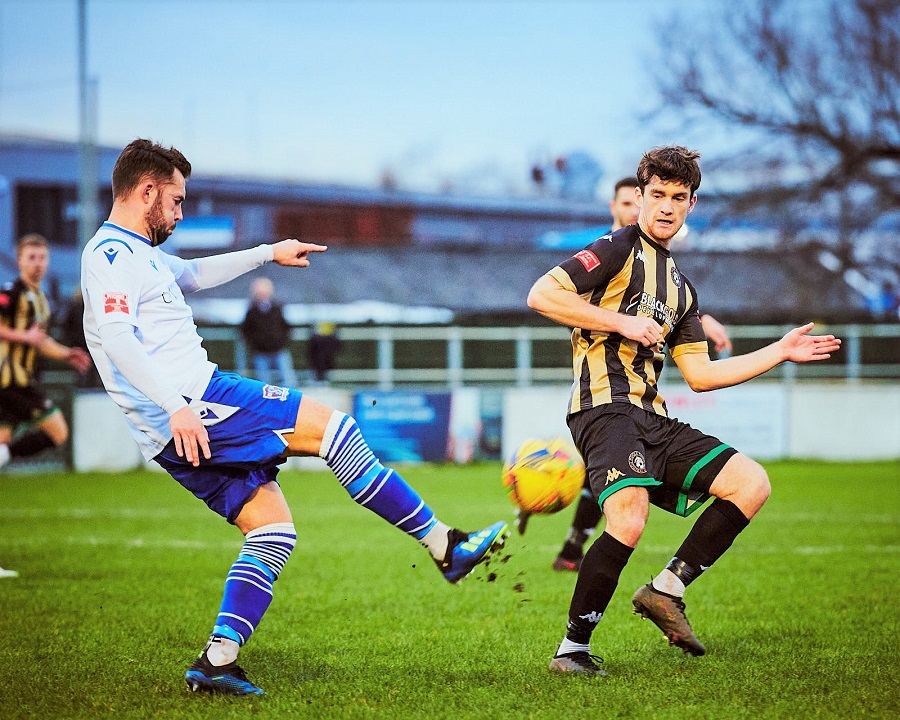 Harry Williams had a dinked effort which was easily saved on 23 minutes before Michael Hopkins was called into action at the other end to clear the ball away but it was pumped back into the box forcing Ward to punch the ball away. Spetch went down yet again under the challenge of Tyrone Duffus and Jed Ward and to everyone’s surprise, including the masses of youngsters behind the goal, another penalty was awarded for a foul by the onrushing Ward who caught Spetch as he headed the ball goalward. SPETCH once again made no mistake from the spot kick, this time blasting the ball down the middle and it was 2-0 to Poole with Marine having it all to do. 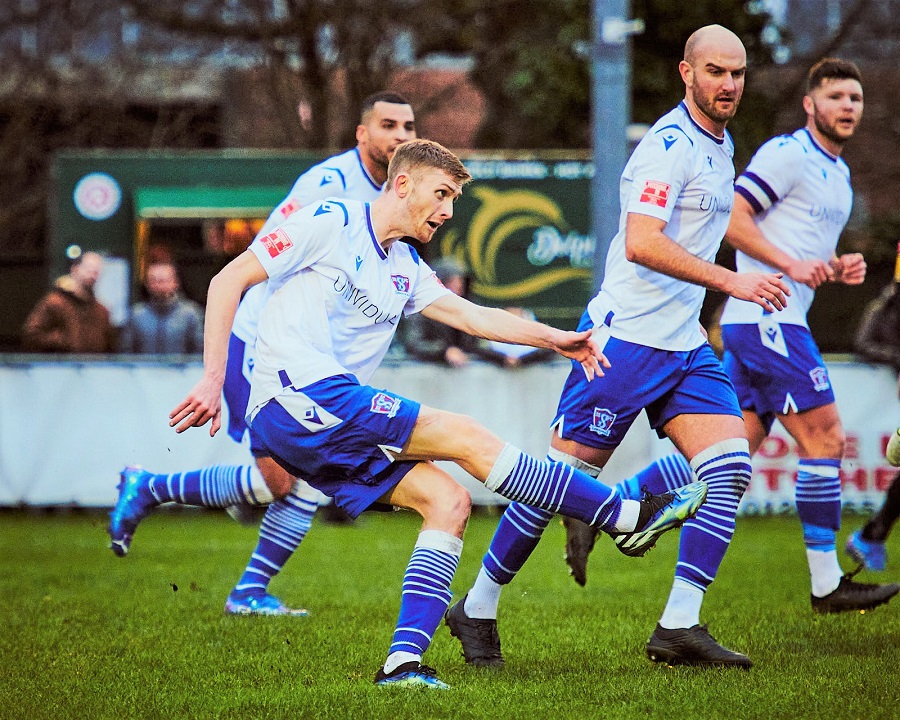 Shortly after the second Poole goal Marine’s Harry Williams was brought down on the edge of the box when he would have been clear through on goal, but only a free kick was given and no card for the foul. The free kick by Tom Mehew was easily saved in the home goal by Butler. But in the 42nd minute TOM MEHEW gave the game and Marine some life when after some strong pressing on the Poole defence the ball broke kindly to the Bristol Rovers loanee and he hit a well placed low shot into the bottom corner of the net. 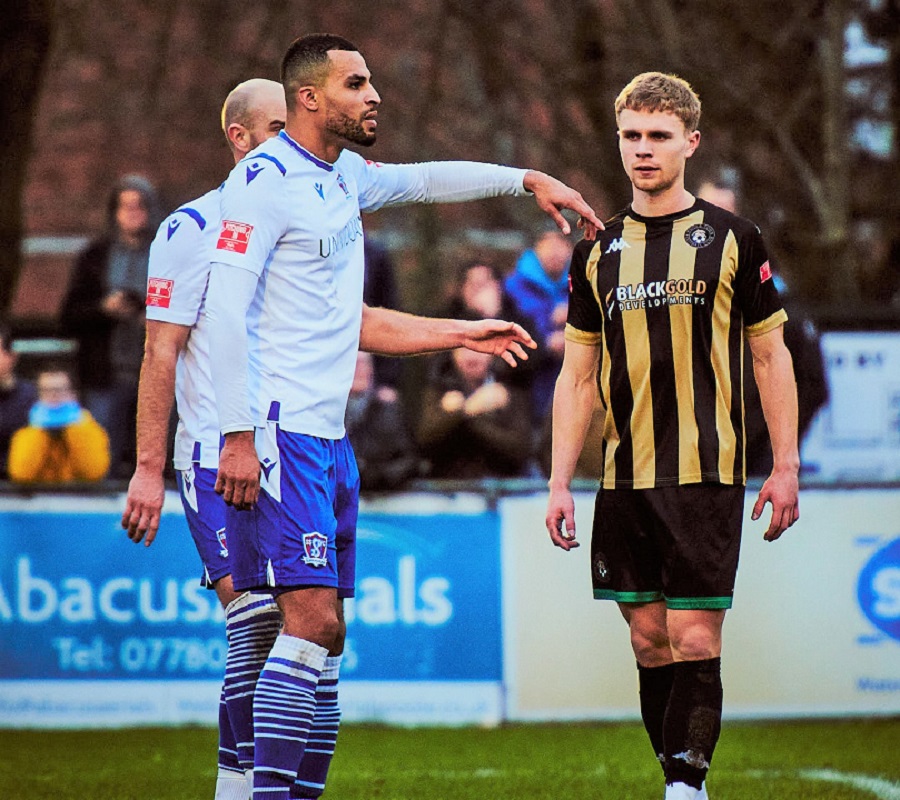 In front of a healthy crowd of 508 Marine started the second period on the front foot once again pressuring the home defence who were defending well to keep Marine at bay. Just after the hour Ryan Campbell replaced Brad Hooper as Marine looked for a leveller. A good cross by Mehew was just got to by a Poole defender before Kieran Phillips could slot home from close range on 63 minutes. 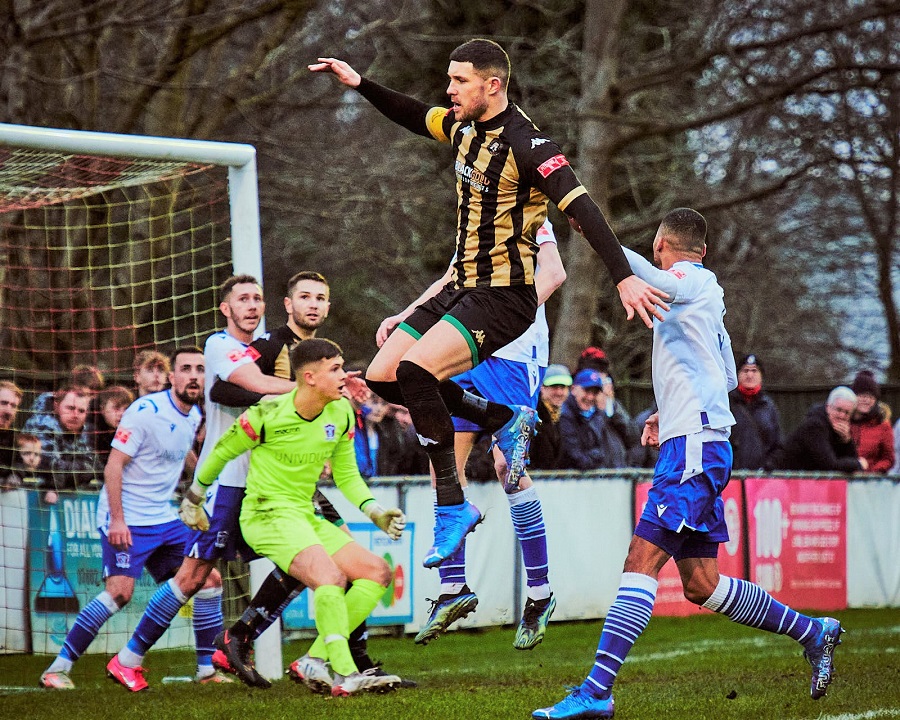 On 71 minutes a Poole player went down in the box once again looking for a spot kick but waved away despite the massive protests from the home dugout. Then the save of the game with 15 minutes to go as Marine pressed forward a shot from Ryan Campbell through a crowd of defenders was deflected and heading for the bottom corner of the goal but from somehow it tipped wide by the diving Will Butler who must have seen it very late – a superb piece of goalkeeping.

Marine’s Kieran Phillips fired another shot over on 79 minutes after another excellent team move as Marine dominated the play. Mehew fired into the side netting from a tight angle late on but despite some blatant timewasting throughout the second half from the hosts, they clung on with only four extra minutes were played for the three points. A tough one to take for Marine who had been superb in the last 75 minutes and deserved more from the game. But there were encouraging signs to take forward into next weeks difficult home game against Chesham United.

Fans Player of the match: Tom Mehew, hard working, skilful, and he scored his first goal for Marine.