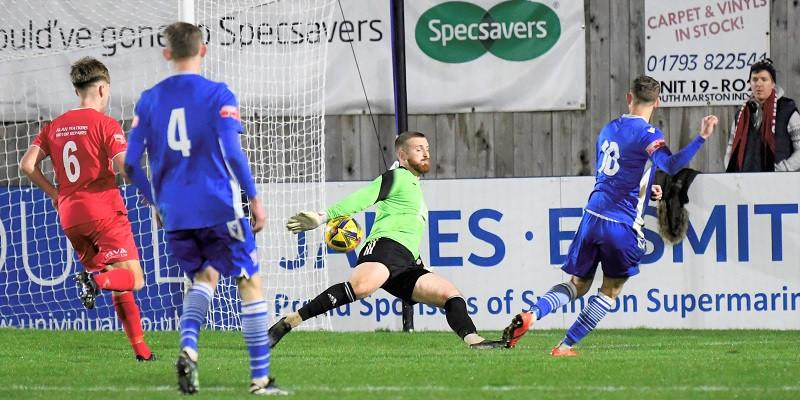 Marine took on local rivals Highworth Town in the Quarter Finals of the Wiltshire Premier Shield on Tuesday night at the Webbswood Stadium. Manager Lee Spalding decided to shuffle the pack a little after Covid and injuries had badly affected the side at the weekend. Louis Evans got his first start between the sticks replacing regular custodian Martin Horsell who dropped to the bench, George Dowling started for the first time in a couple of months due to injury and new signings Tom Mehew who is on loan from Bristol Rovers, started in midfield and former Bristol Rovers winger Kinsly Murray started on the wing for their debuts. 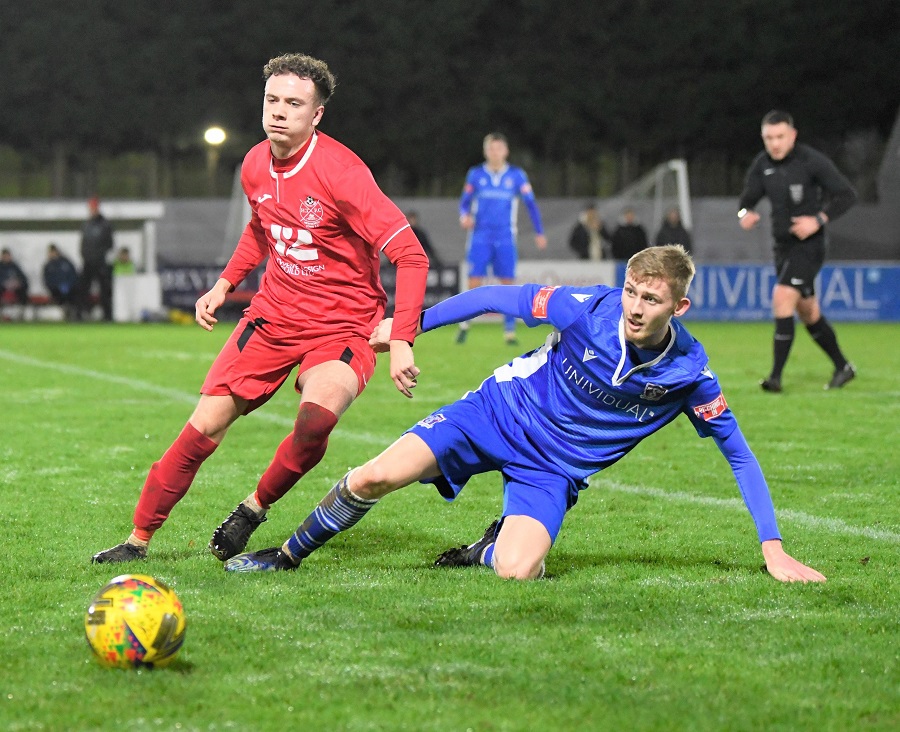 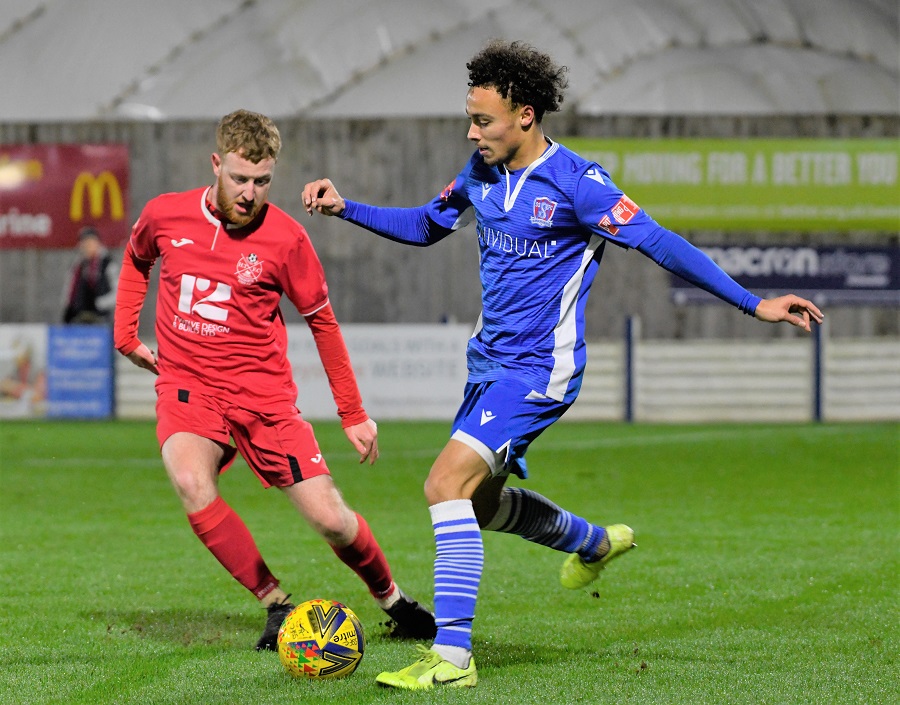 Marine started as they meant to go on and a low Kieran Phillips shot was pushed wide by former Marine keeper Connor Johns skippering the Highworth Town side. A poor back pass on four minutes went straight to Harry Williams but despite going around the keeper he could only find the side netting. Williams forced another good save from Johns on sixteen minutes with the follow up by Tom Mehew being cleared off the line. 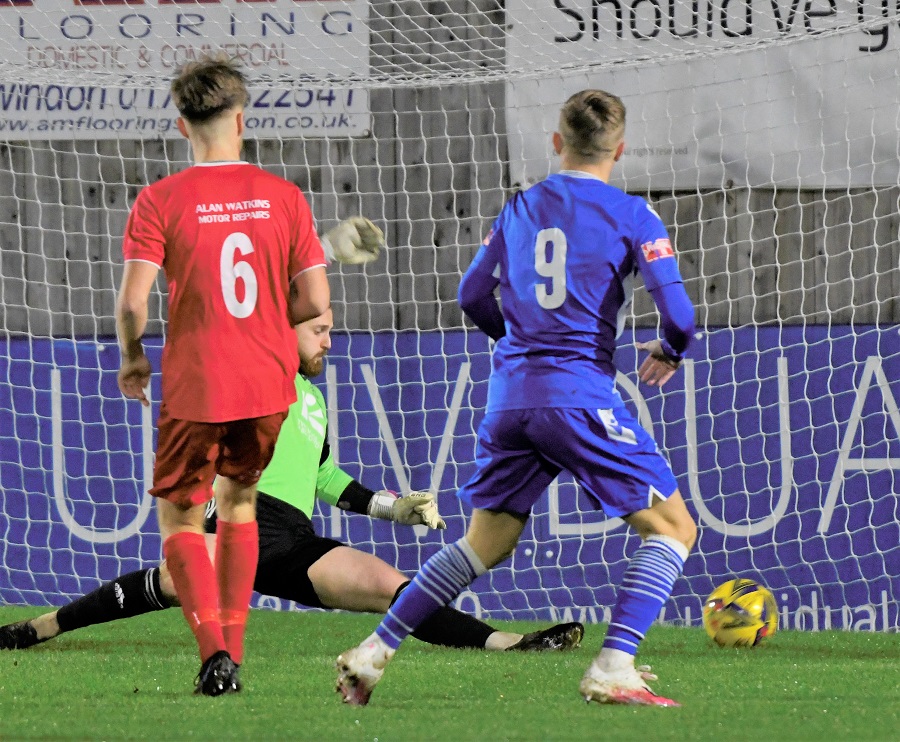 Finally the opener came on twenty-two minutes. George Dowling floated in a perfect cross which HARRY WILLIAMS looped a header into the goal. He quickly followed this up with a second individual effort. HARRY WILLIAMS cutting inside and driving the ball low in off the post to make it 2-0. The game fizzled out a little with just a Kieran Phillips shot drilled wide late on and Marine went in happy with their first half work with Louis Evans not tested in the home goal. 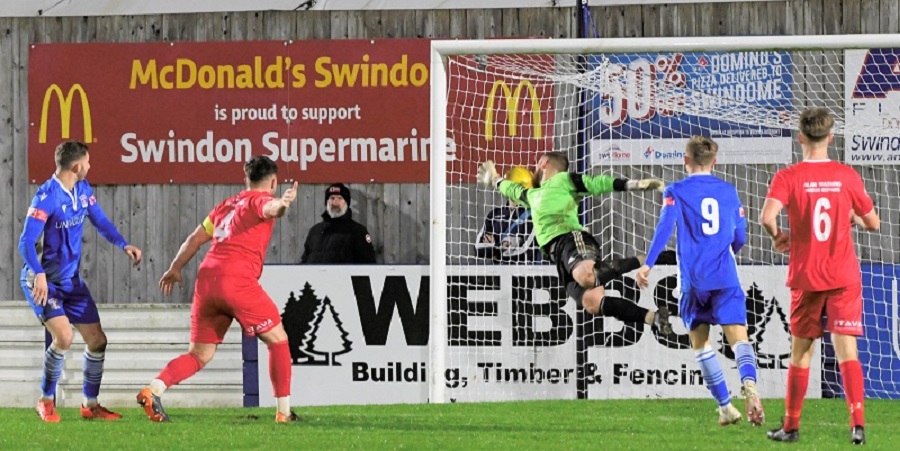 Brad Hooper replaced George Dowling at the start of the second half and the game followed the same pattern as the first half with Marine dominating the play. Michael Hopkins early shot was well held by Johns and Kieran Phillips then saw a good strike deflected inches past the post. Phillips hit another good shot on fifty-five minutes but once again Highworth keeper Connor Johns got down well. 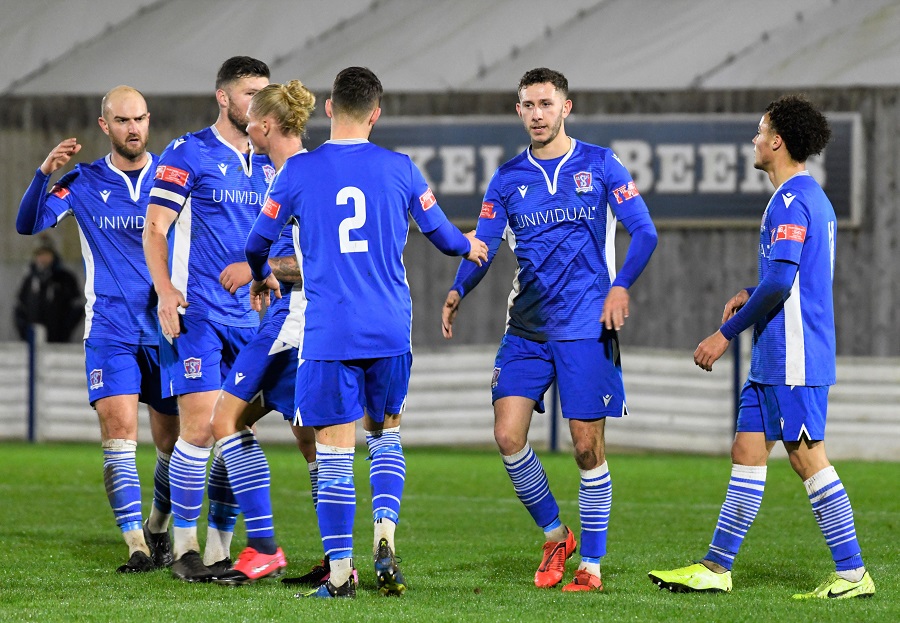 On fifty-eight minutes keeper Johns could do nothing about the perfectly weighted corner to the back stick from Henry Spalding. The cross was met by the head of skipper MAT LIDDIARD who had the perfect medicine of a goal to recover from his Covid spell which saw him miss the weekend game at Met Police, and then once again it was a quickfire double as HARRY WILLIAMS completed his hat-trick from close in with a finish to the bottom corner on sixty-one minutes. 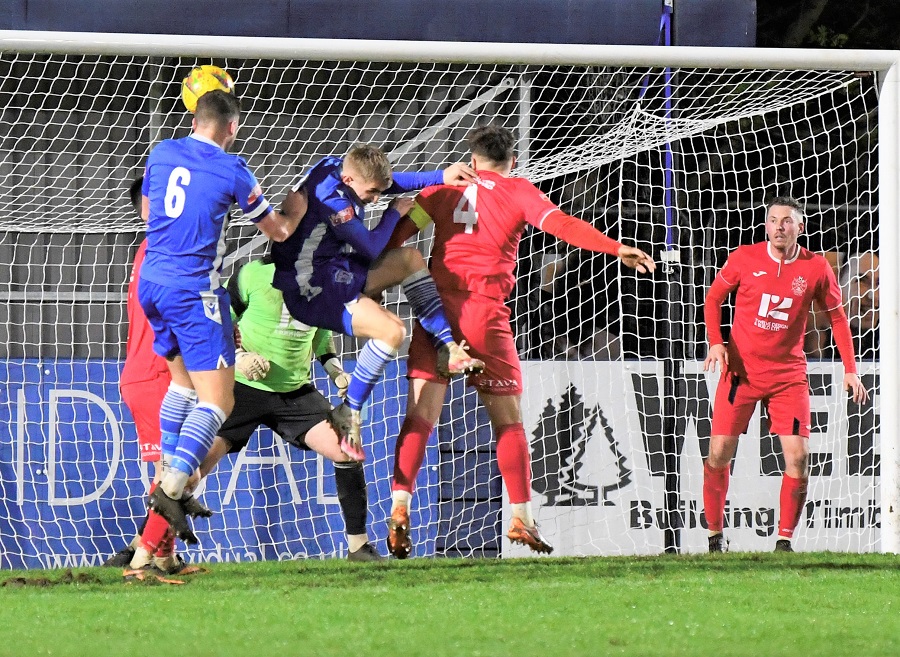 A solid debut for Kinsly Murray came to an end on sixty-four minutes as Ryan Campbell entered the fray. Harry Williams was booked soon after for dissent before Rowan Doyle arrived in place of the other debutant Tom Mehew after a really strong showing from the Bristol Rovers loanee. Henry Spalding poked a good effort wide on seventy-one minutes before Louis Evans was tested for the first time in the game by Highworth, saving well with the feet from Felipe Barcelos. 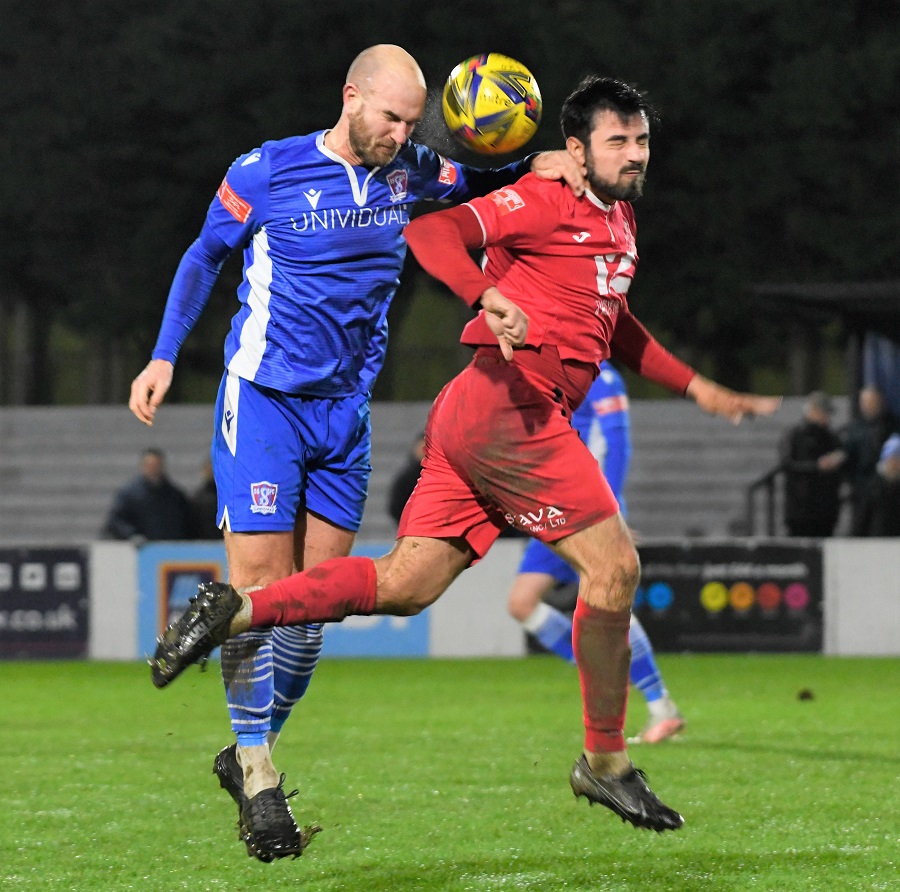 Highworth defender Liam Haines went into the book for a late challenge on seventy-six minutes before Rowan Doyle saw an effort deflected wide. Lewis Hall had a pop from long range go agonisingly wide on eighty minutes before a minute later HARRY WILLIAMS collected his fourth goal of the match and tenth of the season by tapping home after Doyle had put it on a plate for him and sealed an excellent 5-0 win for Marine! A very confident solid professional display against a quite disappointing Highworth Town team who never showed the fight required to challenge their opponents.

Finally, a special mention to referee Adam Gregory who had a very good game, so much so that you hardly noticed him being there, well done!